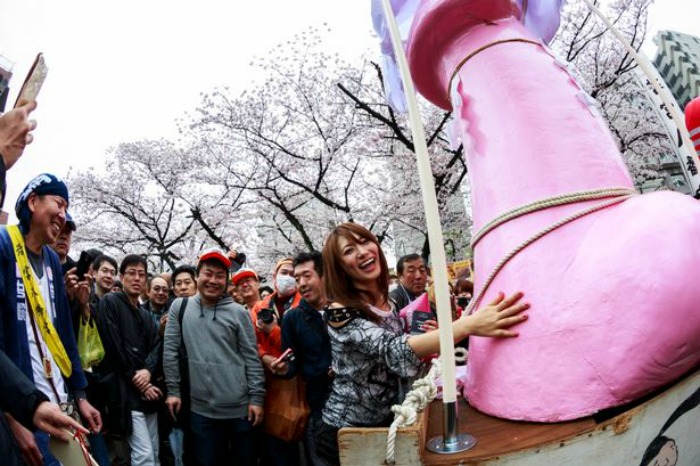 Giant pink penises paraded the streets of Japan marking the annual ‘Festival of the Steel Phallus’, where hundreds of people gathered to not only carry the male genitals in their arms, but also lick off them.

Yes, to celebrate male fertility, huge manhood-shaped shrines were walked on the streets of Kawasaki. Additionally, penis-shaped lollipops were enjoyed with full gusto.

Held every year on the first Sunday of April, the festival is celebrated to uphold male appendage and fertility, and to remember a 17th-century legend of a sharp-toothed demon who fell in love with a beautiful woman.

All was well in the world.The Festival of the Steel Phallus was thus born and the Kanayama Shrine became a site of penis worship. So much so that it is revered by the LGBT community, and also by sex workers who often visit to pray for protection against STIs.